Although mobile app development brings along incredible avenues for making quick money, there are situations wherein developing a mobile app can turn to be a costly affair.

Well, if you're the one who's all enchanted by the stunning features of a mobile app and wants to develop one, then its quite essential for you to make a note of certain tips that would aid you in cutting down the costs associated with mobile app development.

Through this blog post, I'll introduce you to five easy-to-follow tips on reducing the overall cost associated with the entire idea of developing an application.

What's the average cost of developing a mobile app?

Considering the competitive nature of app market, it has become vital for the enterprises to keep the costs as low as possible. Especially, if you're running a small company then you need to ensure that the cost of developing a business app is kept to a minimum, thereby helping you make a good profit from the application. As per a survey conducted among business enterprises, the average cost of custom mobile apps development services depends on the type of app, the number of features you want to include within it and the mobile platform that it's been built for. 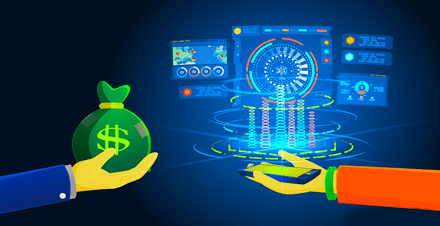 And now, tips on cutting down the costs associated with app development

Tip No.1 – Sharing the costs

As the very first tip to cut down app development costs, it is recommended that both, the businesses as well as developers must share the app development costs. That means, if you're a developer, you can always choose to ask the investors for funds to a project that they can share the profits in and vice-versa. On the other hand, if you're a company with a restricted budget then you can opt for funding a developer who would then offer you full rights to the app and ensure 100% completion of the application development project.

For example, there are companies which are funding developers with a 50/50 split in the overall mobile app development cost. If the founder is investing $100,000 in the development of an app that could be worth 20 percent of the company's other profits then a fair split here would be anything closer to 60/40 which would be favoring the funding founder, when the cash is being diluted.

Tip No.2 – Make use of open source app development frameworks

For example, PhoneGap is an excellent open source app development framework that allows you to create apps using the best web technologies including HTML, CSS and JavaScript. This framework enables you to use standardized APIs for mobile platform you care about. Adobe PhoneGap Enterprise is an excellent tool that's best suited for enterprises which are looking out for developing apps that can work flawlessly irrespective of the channel and platform.

Tip No.3 – Devise a proper plan to cut down on app marketing costs

All your time, money and efforts invested into developing an application can simply go waste if you lack the required app marketing initiative. As someone who's looking ahead to reduce the cost of app development, it is essential for you to plan an inexpensive and effective marketing campaign for your mobile application. Opt for utilizing some growth hacking techniques that can aid you in marketing your app on a limited budget. One such technique is the use of social media, which can allow you to create a buzz about your app way before it's actually being released for the general audience. Moreover, you can also plan for releasing a beta version of the application, thereby inviting people to explore your app thoroughly.

For example, Logan Merrick, the strategic director of Buzinga- a renowned Mobile app development company, shares his real life experiences in an article. He explains how in the wake of a restricted budget, he wasn't able to advertise his apps over the numerous social media platforms. He has also pointed out how his competitors were spending anything between $5,000 and $25,000 per week on Google Adwords campaign. As a simple solution to this problem of promoting an app in a cost-efficient way, Logan created a blog where he chose to give away brilliant tips, tricks and strategies regarding the development and usage of mobile apps. This helped Logan in gathering an incredible amount of traffic for his site, without paying loads of cash on promoting the different apps developed by his company.

Tip No.4 – Make a wise use of HTML5 and Hybrid App Containers

With the emergence of HTML5 web technology, it has become convenient for developers to build apps that can be viewed in a variety of web browsers. One of the greatest advantages of HTML5 is that it is much easier to learn as compared to a suite of native app programming languages. However, since HTML5 isn't device specific, one needs to make use of an app container. It is an app container that enables web applications to perform functions that are specific to device hardware. That means, if written properly, web apps can have the device functionality of native apps. Whilst this approach of app development using HTML5 And Hybrid App containers isn't ideal for building all types of applications, it is worth considering for entrepreneurs who want to develop enterprise apps at budget-friendly prices.

For example, way back in the year 2007, Facebook created a 100% native app for the iPhone but avoided releasing its iPad version until October 2011. Later, the iPad version of the Facebook app coincided with the existing iPhone version as well as the new Android version. All of this Facebook app was based on the new hybrid app development approach, with bulk of the app being built on HTML5.

If you've outsourced your app development needs then it is vital for you to remember that the developer's time is your money. The more you let it go waste, the more money you'll have to invest. Although, you might be treating your app development project as your baby, but calling up the developer(s) for updates and clarifications twice a day is something that's actually very illogical and must be avoided as a whole. It is recommended to agree on certain time frames for interacting with the developers who're working on your project. This should be done while drawing up the app development contract.

For example, INXPO is a leading Mobile Apps Development Company that has been engaged in delivering apps for iPhone and Android. All apps delivered by the company are highly interactive and allow users to view live presentations in addition to getting engaged in personal as well as groups chat sessions. As a leading provider of privately branded virtual events and business environments, INXPO comes with a full suite of solutions that include Virtual Trade Shows, Virtual Corporate Events, Virtual Career Fairs, interactive webcasts, audio and video. INXPO has been successful in delivering more than 1,000 successful apps just because of the timely feedback received from its global clients including Cisco, Autodesk, Microsoft, P & G and United Business Media.

Its an undeniable fact that developing an app is definitely a skilled job and demands plenty of knowledge and experience. If you've been looking ahead to producing an app in a cost-efficient way then paying heed to the aforementioned pointers will surely allow you to land up at the right app that would suit all your customized needs in the best possible manner.

What is Digital Marketing? Everything You Need to Know