If your target audience consists of teens or Generation Z, or just Gen Z, Snapchat is a valuable social media platform for you.

An American teenager spends $2,600 annually on retail shopping. Snapchat is a hangout spot for American teens. For retailers and vendors looking to target teenagers with digital marketing, it’s a great lead-generation platform.

From New York to Los Angeles, Air France to Taco Bell, Kylie Jenner to Chrissy Teigen the power of Snapchat is digital marketing can be found in numerous ways.

Another study revealed that Snapchatters prefer to use the Snapchat App when they are shopping or socializing. That’s a huge opportunity for brands looking to market their products on social media.

If you want your content or product to be noticed on Snapchat, partnering with influencers who have Snapchat accounts can help. Since Snapchat has primitive analytics tools, we’ve done the research for you.

We’ve compiled a list of 17 top influencers on Snapchat whom you can partner with to increase your organic social media reach.

Jean-Serge Gagnon is a Canada-based DevOps Evangelist who is a reputable influencer on Snapchat.

His posts are largely about business success tips, parenting, and family. He is a father to four daughters whose antics he regularly talks about in his Snapchat account.

Gagnon’s followers check out his Snapchat account for the action-based advice he shares. He explains how you can leverage Snapchat marketing trends to boost your engagement organically.

Young content makers enjoy the productivity tips that Gagnon disperses along with his digital marketing advice. 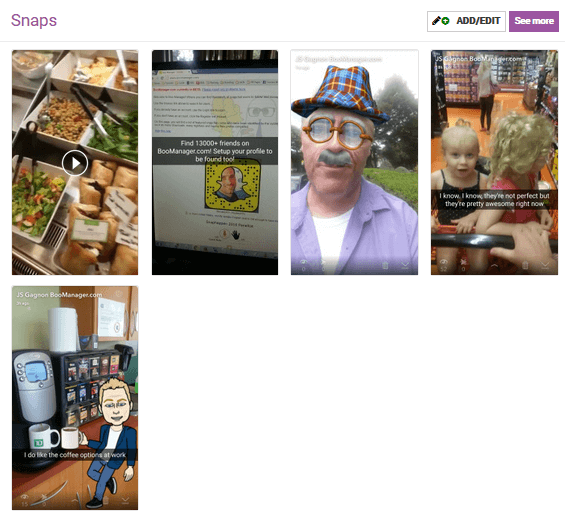 Andrea Russet is an American actress with a huge fan following on YouTube and Snapchat.

She came to the limelight in 2009 when she participated in a contest to meet Justin Bieber. Her contest entry went viral and she became a teen sensation overnight.

Russet has starred in movies such as Sickhouse and Lovesick. She also launched her clothing line, FLAWD Clothing, which is now discontinued.

In 2018, Andrea created quite a buzz when she came out as a bisexual and declared it through Twitter. This influencer is a role model for youngsters owing to her free-spirited attitude. 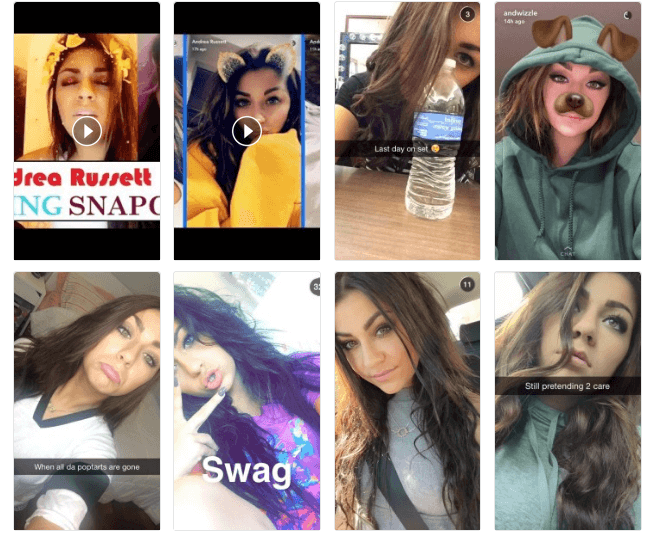 Chandler Riggs is a famous American television actor and DJ who has also become a social media influencer. He is best known for his award-winning role in The Walking Dead, a horror-drama series.

His character, Carl Grimes, fights zombies in a fictitious apocalyptic world. Riggs has won the Saturn Award thrice for this role.

The teen Snapchat icon does DJ-ing under the stage name of Eclipse. Since his departure from The Walking Dead, Riggs has starred in many supernatural thrillers such as Mercy and Only.

Riggs’ fan base mostly includes teen girls and boys who idolize his screen character. He regularly posts snippets from his shows and stage performances. 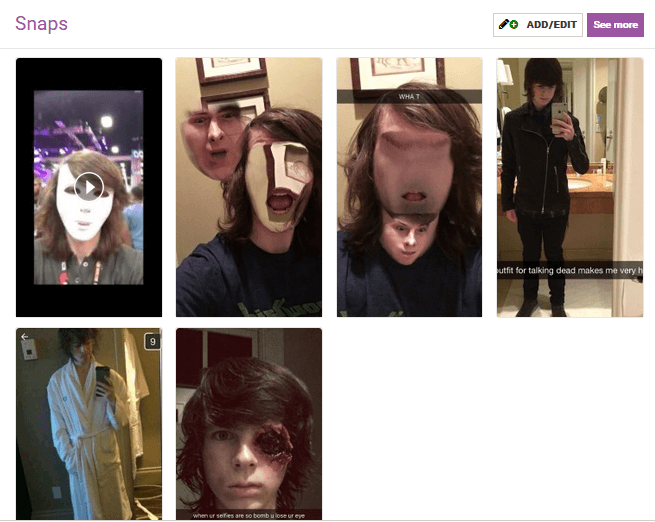 Elizabeth, aka Liza Koshy, is an American actress and YouTuber who started her internet journey on Vine. She posted a six-second comic video that became viral instantly.

Her best role so far has been in the Hulu drama series, Freakish. Liza is the lead character in YouTube’s comedy series, Liza on Demand.

Liza has a massive follower count on Snapchat and YouTube. In 2019, she featured in Time’s Most Influential People on Internet in 2019. Liza presents serious societal issues with a comical twist and loud facial expressions.

Koshy’s followers appreciate the quick pace and ridiculous set-ups of her videos. 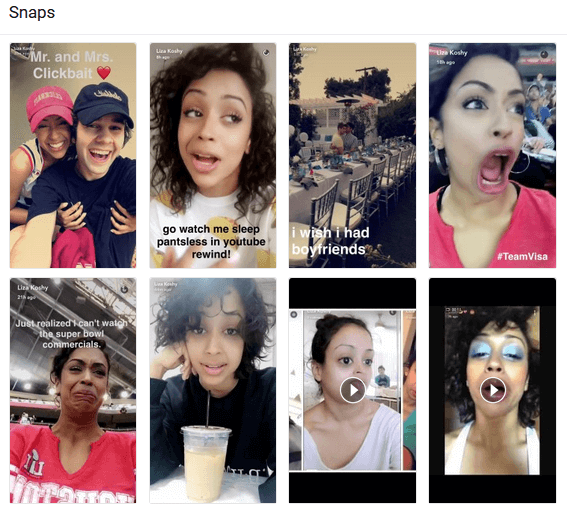 Ricky Banks is better known by his alias, FaZe Banks. He started his YouTube channel as a vlogger in 2011. He used to post short videos about video game trick shots and tactics.

Later, he joined the FaZe Clan, an organization that specializes in organizing video game tournaments. Thereafter, Ricky went by the moniker, FaZe Banks.

Banks keeps the company of other popular vloggers and fellow clan members such as Rice Gum and Alissa Violet. He stays with them in the clan’s Clout House where he creates vlogs and podcasts.

Ariel Martin, or Baby Ariel, started her social media career from TikTok, the short video platform. She currently has 2.43 million followers on the app. She also has a substantial fan following on Facebook, Instagram, and Snapchat.

Baby Ariel’s account has many followers who appreciate her strong stand on issues such as internet trolling and bullying. In 2015, Ariel started an anti-bullying campaign she named #ArielMovement.

People magazine lauded Ariel’s contribution to the #HackHarrasment initiative against negative posts on the Internet.

Ariel has also had successful stints as an actress and singer. She recently announced that she would be starring in the Disney movie, Zombies 2, as the character, Wynter. 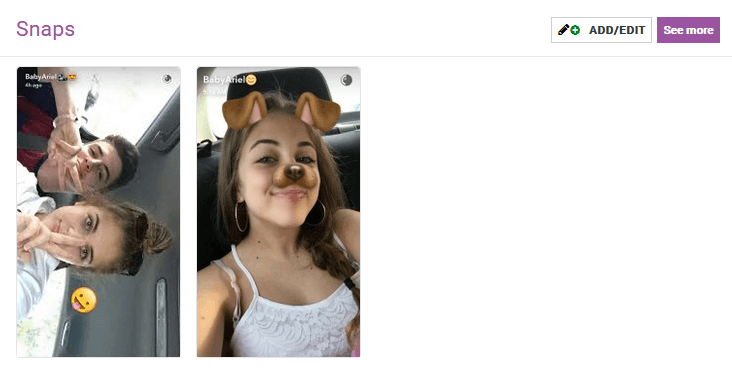 Benji Krol is a Canadian photographer and YouTuber. He is also popular on TikTok and Instagram for his funny videos and comic expressions. Krol has over half a million followers on Twitter, YouTube, and Snapchat.

In August 2019, Benji was embroiled in a controversy when hackers posted private content from his Snapchat memories. The leaked videos went trending in seconds and Benji faced a lot of embarrassment. 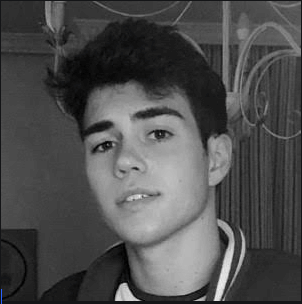 Jordyn Jones is an influencer from America. She’s an actress, fashion model, and singer. Jordyn’s YouTube channel has over 217 million views and 1.9 million subscribers.

Jones’ singing career started with the teen flick, Dance Camp, in which she sang her first song, I’m Dappin. She has performed in the opening acts of stars such as Demi Lovato and DNCE.

The Snapchatter has been a fashion model for high-end brands such as Guess and Steve Madden. Jordyn is dating fellow YouTuber and her namesake, Jordan Beau. 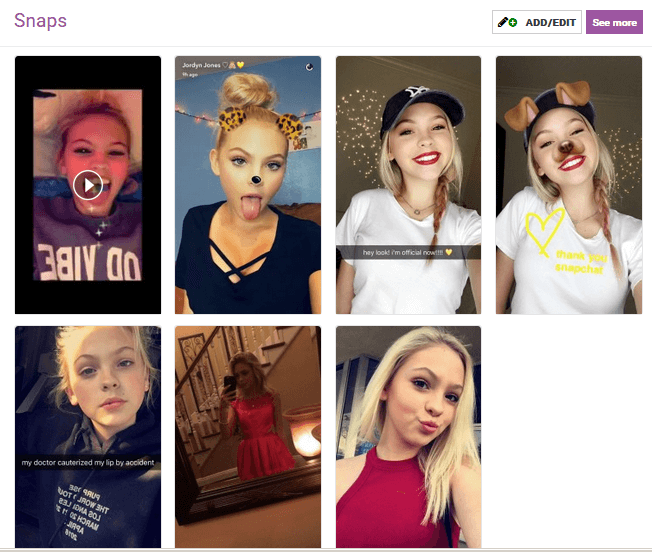 Sommer Ray is a fitness model from the U.S. who has amassed 18 million followers on Instagram, Vine, and Snapchat.

Ray was formerly a member of Clout Gang, a group of famous YouTubers who live together in a million-dollar house in LA.

She often collaborates with the gang members to create fun videos that motivate people to exercise and be fit. 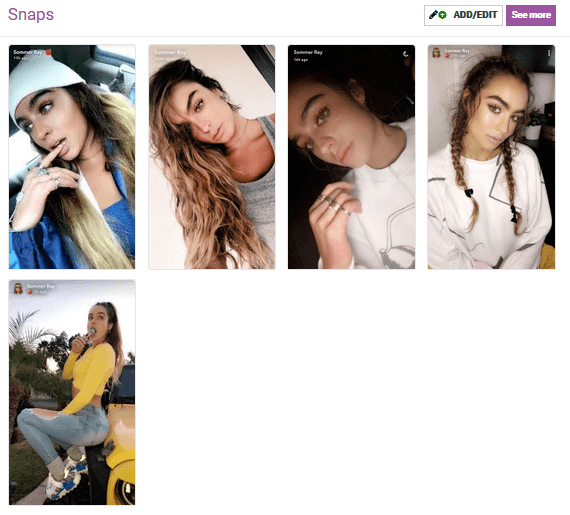 Paul Darbos is an influencer from France. He gathered social fame from his Twitter account by posting impressionable posts and quotes. Currently, his follower count on Twitter is 376.3K.

In a span of eight years, Paul diversified into other social platforms such as Instagram and Snapchat. Recently, he joined the ranks of popular YouTubers by launching his own channel on the platform. He primarily posts in French. 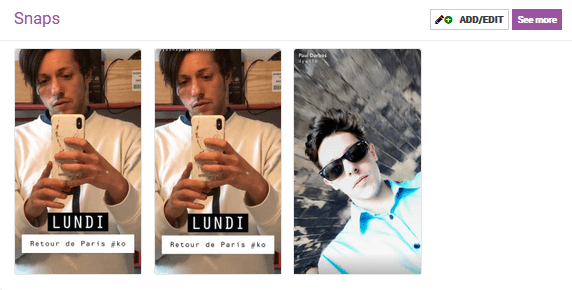 Nicol Concilio is an influencer who also has impressive follower counts on YouTube and Snapchat. She has 874K subscribers on YouTube and 1.2 million followers on Instagram.

She is a makeup artist who regularly posts tutorials and vlogs for her young fans.

Star Central magazine has nominated her three times as the YouTube Artist of the Month. Her videos have found widespread acclaim for their original content and appealing presentation.

Nicol who pursued singing as a career option after high school is now a full-time vlogger and Snapchatter.

Hailey Orona is one of the best influencers around. She is a role model for teen girls and boys who lap up her lifestyle videos. Hailey enthralls audiences with her attractive selfies and glamorous outfits.

Orona who goes by the username, mrs.weirdo3005, on Snapchat posts vignettes of herself lip-synching and dancing to popular albums.

Hailey’s Instagram community members call themselves “Onagang.” Her net worth is estimated to be about $400 million. 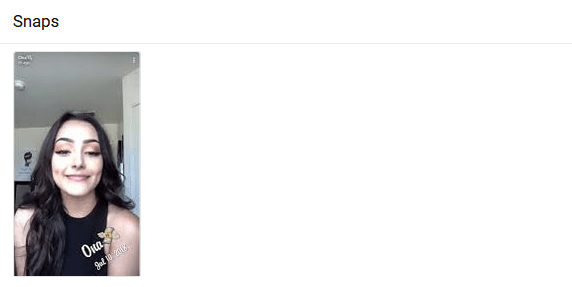 His storytelling skills and marketing methods have gained him a stupendous follower count on most social platforms.

Gil is an influencer with Latino roots. His content has unbeatable reach and penetration among American teens. Complex concepts simplified with appealing captions and video content is Gil’s signature style. 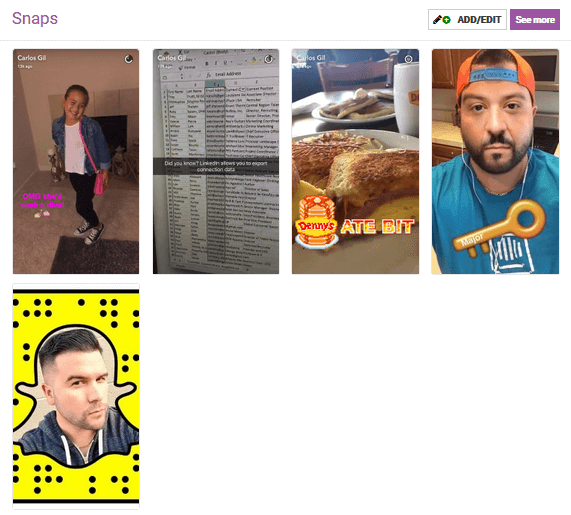 Previously, he was a creative producer at Mashable and has worked with brands such as the Verge and Engadget. Currently, he works independently.

Sam lives and breathes technology. He claims to have been obsessed with gadgets and gizmos since he was a child. Apart from video games, mobile phones, and computers, Sam also has a penchant for boost boarding.

He often shares videos of him cruising around on his boosted board through the suburbs of New York.

Vanessa Workman is a Florida-born blogger, author, and nature lover. Her blog, The Island Drum, explores exotic locations in Malaysia.

Vanessa’s Snapchat account goes by the name of theislandrum. It features the local events, customs, and nuances of the Malaysian island, Langkawi.

This influencer has garnered a massive following owing to her offbeat and original content.

In her Snapchat stories, Vanessa talks about jungle safaris, cuisine, and sights of the southeastern regions of Asia, where she currently resides. 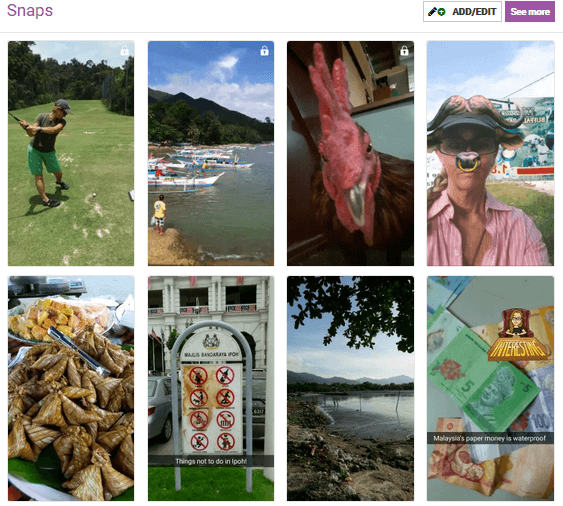 Krishna De is among the best social media content creators in Europe. She host podcasts to teach people how to do live streaming and market their content on social media.

Krishna dispenses advice about the best Snapchat tools for marketers. Her no-nonsense, actionable insights into digital communication have made her a reputable influencer on Snapchat.

Her innovative delivery methods adhere to social media best practices. Her content is fun-filled and visual, and delivered in bite-sized vignettes. 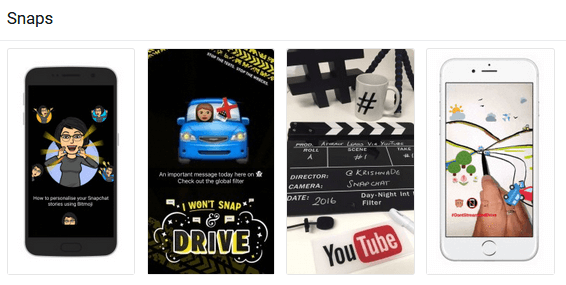 Belle Delphine rose to fame as an Instagrammer. She is famous for her baby doll and kitten costumes. Young users lap up Belle’s experimental looks and “Gamer Girl Bath Water,” which she sells for $30 per bottle.

Now, Belle’s Instagram has been revived. She has more than 193k followers on it. In addition to this, her Snapchat following continues to hike. 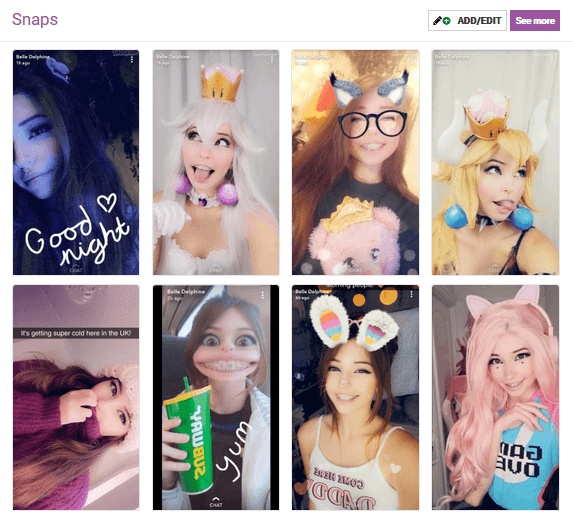 You can learn a lot about content making, curation, and marketing from these Snapchat influencers. If you aspire to become an influencer, interact with these experienced content marketers on social media.

And if added visibility and traction on your posts is the aim, these influencers can help you greatly on social media platforms.

Did we miss any of your favorite influencers on Snapchat? Please tell us about them in the comments section below, before you run out for some Taco Bell that is.

Did you know that 80%-85% of the new product launches in the consumer packaged goods industry fail Think I’m exaggerating No, this fact is true, and not just for one industry Regardless of the industry, a good share of product launches fail...
Read More [...]

11 of the Best Copywriting Tips to Write Compelling Copy

Every business, regardless of the niche, relies on words They use them as the prime mode of communication and as an effective tool in marketing You need words to convince people to make a purchase from you This is the reason why copywriting is...
Read More [...]

The growing popularity of Instagram has resulted in more and more brands flocking to the platform for their marketing Not just brands There is an ever-increasing race among individuals as well, towards becoming Instagram influencers It is...
Read More [...]